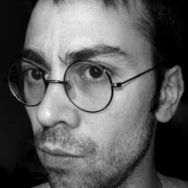 Born in 1966 in Douai, France, BlexBolex now lives and works in Leipzig, Germany. After his stay at the Fine Arts School of Angoulême, he discovered silkscreen at the turn of the 90's and learned on the job edition techniques. BlexBolex has then published many pieces of work with this printing technique – at the Dernier Cri Publishings and for CBO among others – before directing the Lucette and Louise collections at Cornélius.

In October 2006 "L'Oeil Privé" is released at the Requins Marteaux Publishings. Nominated at the Angoulême Festival, the book would meet a great welcome from the critics, allowing a wider audience to become familiar with his graphic world, one of the most singular in illustration and graphic novels.

In 2009, BlexBolex received for his album "L'imagier des gens" (Albin Michel Jeunesse) the coveted Worldwide Best Book Design Award, rewarding, in other words, the most beautiful book in the world ! This book would soon be followed by "Saisons" (Albin Michel) and "Fétiches"; a series of portraits, published in the “Dans la Marge” collection: An exercise half improvised in which each head is a collage set on a cut paper figure, re-drawn afterwards; a real game of intimate (de)construction in which BlexBolex unveils, as the pages turn, certain aspects of his creative process.

﻿In 2012, three more important books are released : "Crime Chien" and "Hors-Zone" by Cornélius, soon followed by "L'arrière-pays" (Orbis Pictus Club) and a major retrospective of his work is produced by the Arts Factory gallery, celebratring 20 years of an amazing graphic production. 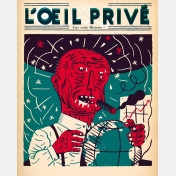 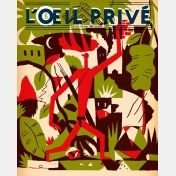 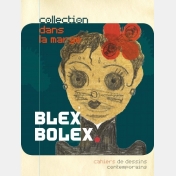